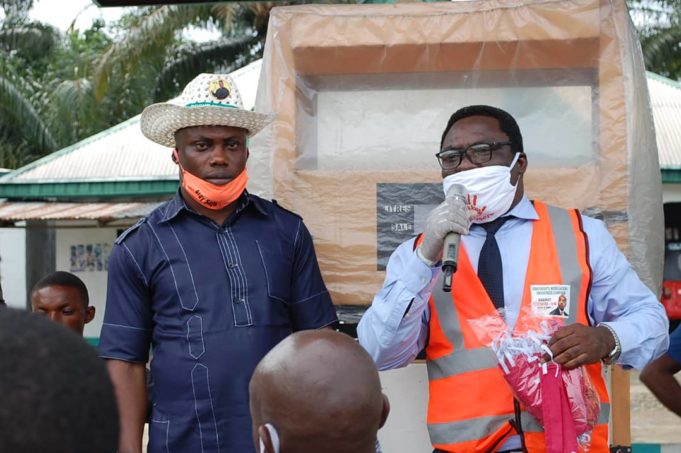 Since the outbreak of the Coronavirus, a lot of precautionary measures towards containing the disease that has ravaged humanity.

In a bid to avoid community infection, Akwa Ibom State Government through SSA on Grassroots Mobilizations Mr. Iniebehe Umah is on all community sensitisation on the precautionary measures to fight coronavirus.

Mr. Umah during the second day at Ikono emphasized the need for the people to take responsibility in adhering to the NCDC guidelines against the spread of the pandemic especially now that the economy is being reopened.

He emphatically told the people that the Government of Mr. Udom Emmanuel is doing everything possible to ensure that the State is safe.

Mr. Umah during a tour of Ikono local government area paid a courtesy on the Paramount Ruler of Ikono His Royal Majesty Edidem Nyong Udo Obop.

The Ibibio Monarch described the Mr. Umah as a good, hard-working and loyal servant who can interpret and execute the dreams of his boss the Governor.

While speaking, Mr. Umah thanked the monarch for preserving and protecting the traditional institution with dignity.

The SSA used the visit to gift livelihood enhancement items such as generators, clippers, phones, funds to some Ikono people to improve the standard of living. 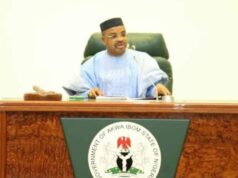 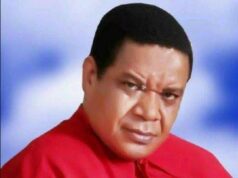 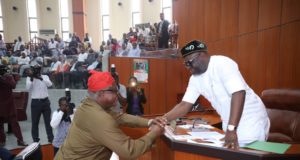