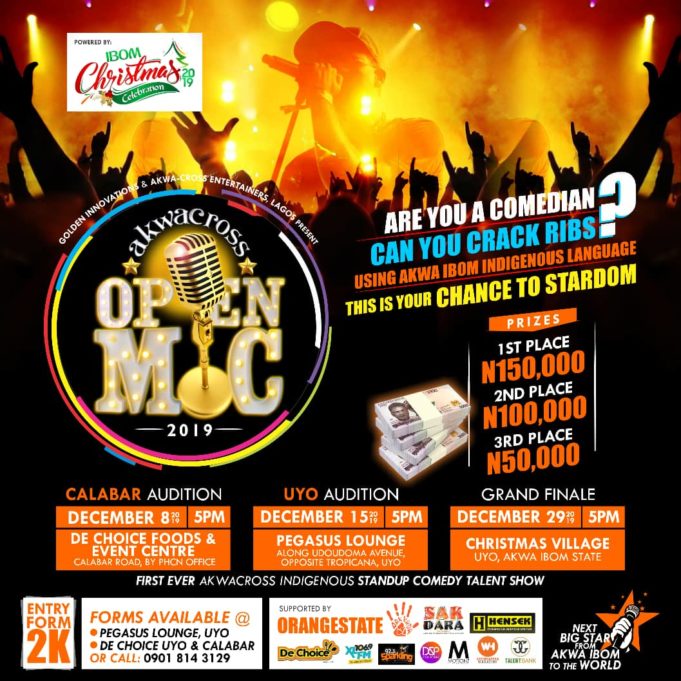 Comedy in Nigeria has grown over the years and comedians in Nigeria started enjoying the financial gains in the industry, with many of them cashing out from sold out shows and signing endorsement deals.

Akwa Cross Open Mic seeks to celebrate indigenous comedy in Efik/Ibibio dialect to create a platform for comedians in the states to excel and compete favourably with their counterparts in the country and around the world.

This is good news for talented comedians, as ‘Akwa-Cross Open Mic’ offers a chance to stardom to underground comedy wiz kids with exceptional talents and potentials to shine in the mainstream.

The organizers, Golden Innovation and partners are in search of rib crackers in Akwa Ibom and Cross River states pocessing the wits to get any audience on their toes.

Two auditions will hold in Calabar on the 8th (De Choice, Calabar road) and in Uyo on the 15th (Pegasus Lounge) both in December 2019.

Registration Forms are available at audition venues in both cities, or by calling 09018143129. 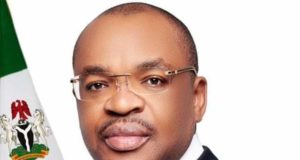