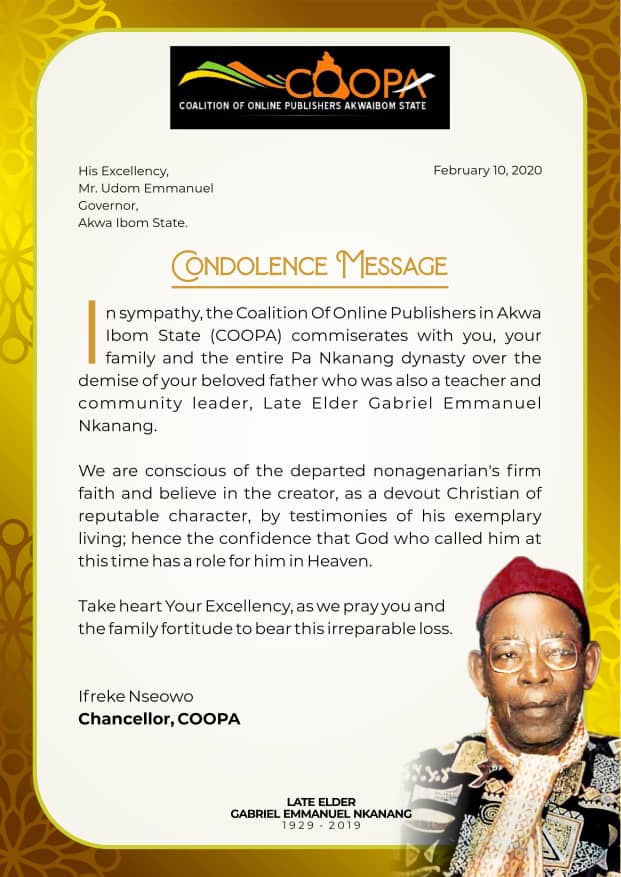 As the rain of tributes keep pouring in for Governor Udom Emmanuel and family following the demise of his father Elder Gabriel Emmanuel Nkanang, the Coalition of Online Publishers Akwa Ibom State (COOPA) has joined individuals, groups and organizations to condole the family.

Describing the departed nonagenarian as a teacher and community leader of great repute, the Chancellor of the group, Mr. Ifreke Nseowo in a condolence message sent to the Governor prayed the family the fortitude to bear the loss.

Nseowo’s message read in part, “We are conscious of the departed nonagenarian’s firm faith and believe in the creator, as a devout Christian of reputable character, by testimonies of his exemplary living; hence the confidence that God who called him at this time has a role for him in Heaven”.

Suing for prayers for a successful funeral event, the group wished the soul of Pa Gabriel Nkanang eternal repose. 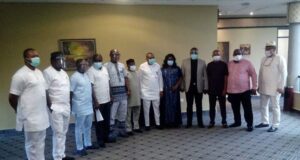