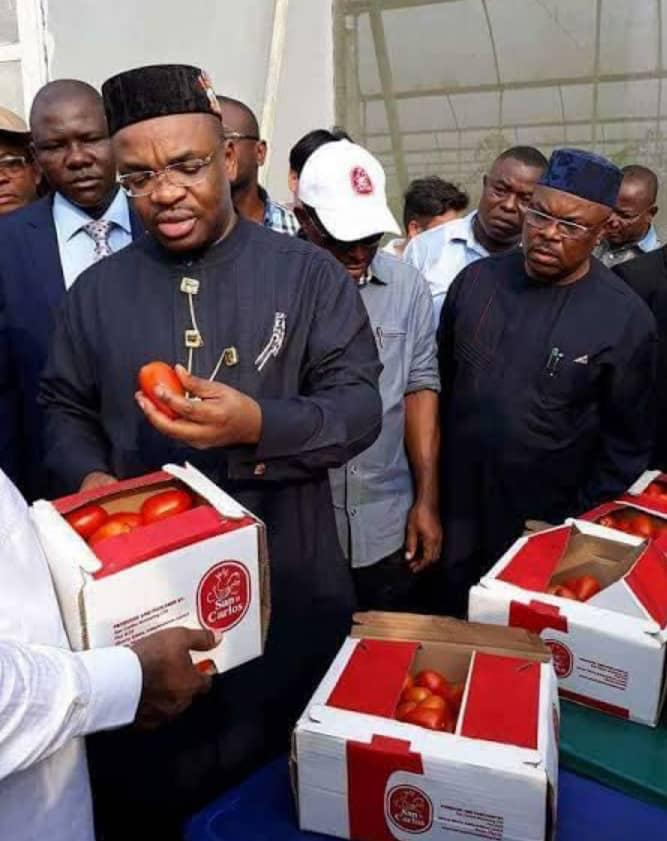 The fight against Covid-19 has not distracted Governor Udom Emmanuel from his focus on diversifying the economy of Akwa Ibom State, driving the State towards self reliance and less dependence on funds from federal government. His vision is to push the frontier of development in the non-oil sector of the economy.

Early in his first tenure, the Governor had identified several low hanging fruits in the sector, one of which is agriculture, and he expects to earn rapid return on investment for the State. His investment in vegetables production, cassava, poultry, oil palm, cocoa, coconut and other crops have paid off ensuring food security, providing job opportunities and providing raw materials for agro allied industries now dotting the State’s landscape.

During the 31st anniversary of the creation of Akwa Ibom State, Governor Udom Emmanuel declared, “we are diversifying our economy and placing emphasis on agriculture. We are producing food to feed our people through our investments in agriculture. Akwa Hatchery is working and producing, the Cassava mills are in operation across the State.”

The Governor has redoubled efforts by consolidating on those aspects that have shown promise. For instance, since the State undertook cultivation of vegetables in a controlled environment ( Green House) it has not looked back. Its effort has attracted accolades from many prominent Nigerians including former President Olusegun Obasanjo, who praised the Governor on his consistency in pursuing agricultural initiatives like the green house project.

According to the former president, “the green house project initiative is exemplary in agricultural production of staple food products and raw material for cottage industries processing as well as meaningful steps to ensuring food sufficiency in the State, adding that investments of the Akwa Ibom government in the agricultural sector was worthy of emulation by other state governments in the country.”

Similarly, in an effort to consolidate on the gains of the cocoa reintroduction programme by the Udom administration, the State government this month, June 2020, distributed 500,000 cocoa seedlings and other farm inputs to cocoa farmers in the State. The exercise which reportedly marked the flag-off of the new cocoa planting season, will further encourage farmers to plant more thereby boosting the ranking of Akwa Ibom State as cocoa producer in Nigeria.

This was revealed by the Commissioner for Agriculture and Women Affairs, Dr Glory Edet, during the presentation of the seedlings to cocoa farmers on behalf of Governor Udom Emmanuel, at Odoro Ikpe Cocoa Nursery Farm, Ini Local Government Area.

According to Edet the Governor’s support to cocoa farming has made the State the largest cocoa producing state in Nigeria. She stated that “beyond ensuring abundance in cocoa production, Akwa Ibom State now has the best variety of cocoa in the country. The Governor has ensured that agro chemicals are distributed to the farmers to ward off pests. Fertilisers and sprayers have also been provided to the cocoa farmers to increase their yields”.

Furthermore, investing in commercial cultivation of coconut has been a burning passion of this administration. While many were contented with local consumption of the miracle nut, the Governor saw a whole new world of opportunities in it. Part of his vision, when he flagged of the St. Gabriel Coconut Oil Factory on May 24, 2017 was to create a totally new industrial hub in the State relying on the coconut value chain. This vision is materializing with the completion of the factory located in Ikot Ekpuk, Mkpat Enin Local Government Area. However, there is need for locales, indigenous entrepreneurs and investors to buy into this great opportunity. The factory has a capacity of processing between 300,000 to 1 million coconuts daily. This is a clarion call on every community in the State to start cultivating coconuts in order to become part of the supply chain.

As a global financial expert, Governor Emmanuel is poised to establish a new avenue where Akwa Ibom State can earn foreign exchange. His decision to ramp up production of cocoa and coconut is very strategic. According to marketwatch.com, the worldwide market for coconut oil is expected to grow by roughly 4.5% over the next five years, reaching 4900 million USD in 2024 from 3760 million USD in 2019. Also, as at June 24, 2020, the International Cocoa Organisation, ICCO, pegged the price of cocoa bean at 2170.44 USD per tonne. Considering the value of coconut oil and cocoa bean in the international market, one would see clearly where Governor Emmanuel is driving the State economy to.

In the area of food security, the policy thrust of the Udom administration to ensure that 80% of food consumed in the State is produced locally, paid off during the brief state by state lockdown as a result of the ravaging Covid-19 pandemic. The Secretary to the State Government, Dr. Emmanuel Ekuwem, who heads the State Covid-19 Management Committee, announced that all the palliative provided to the people would have been practically impossible in the face of the lockdown across the country, if the Governor had not invested in the production of staples including flour, rice and garri.

Buoyed by these many successes in the agriculture sector, Governor Emmanuel is taking on yet another challenge. This time, the Governor wants to increase the number of career farmers in the State. This is a challenge because most people engaged in farming, do so at subsistent level. However, the Governor is determined to change that with the recent flag off of farmers’ enumeration exercise by the Akwa Ibom Investment Corporation, AKIICORP.

The Governor, who was enumerated as the number one cocoa and plantain farmer in the State, has assured that with the exercise, agriculture would become a major driver of the State’s economy and bring to an end over-dependence on government for survival. He maintained that there is need for the people to harness the resources in the State and create wealth out of agriculture.

With this latest move, Governor Emmanuel has made it clear that his administration will continue to push the frontier of State development relying on a very dependable sector – agriculture. 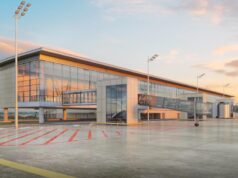 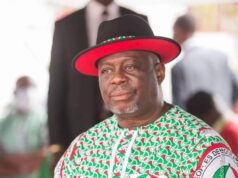